„Sewing Vintage Menswear“ is a book project by bespoke tailor Sebastian Hoofs and fashion blogger Niklas Hoppe. This book containts tutorials and patterns for knickerbockers, detachable collars, shirt, and waistcoats of 1920. It also includes brief characterizations of each piece and photos depicting its fashionable usage.

Click here to see instructions on how to print the pattern sheets.

You can also order the German hard copy edition of our book here.

Bespoke tailor Sebastian Hoofs and I wrote a book including sewing tutorials, patterns, historical backgrounds and a lot of photos concerning the classic menswear of 1920. We aim for hobby tailors, role players, enthusiasts of shows like Babylon Berlin, Peaky Blinders and Downton Abbey as well as dandys, gentlemen and rugged guys. 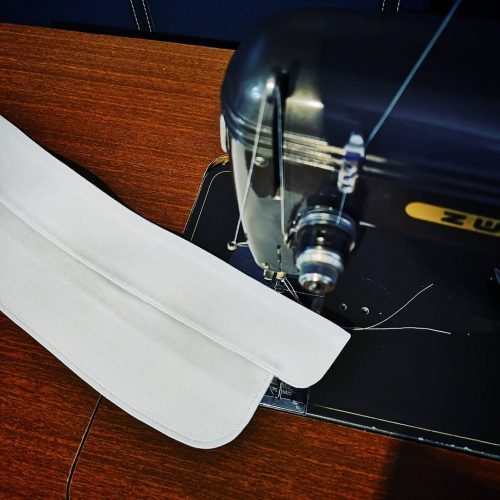 Detachable club collar in the making

We want to encourage interested people in sewing their own shirt, a detachable collar or a waistcoat after historical patterns of 1920. A lot of the pieces are based on long lost tailoring knowledge. And this might not only be interesting for DIY people, but also everyone who wants to understand the construction of trousers or waistcoats. We would like to convey a deeper understanding of classic menswear. 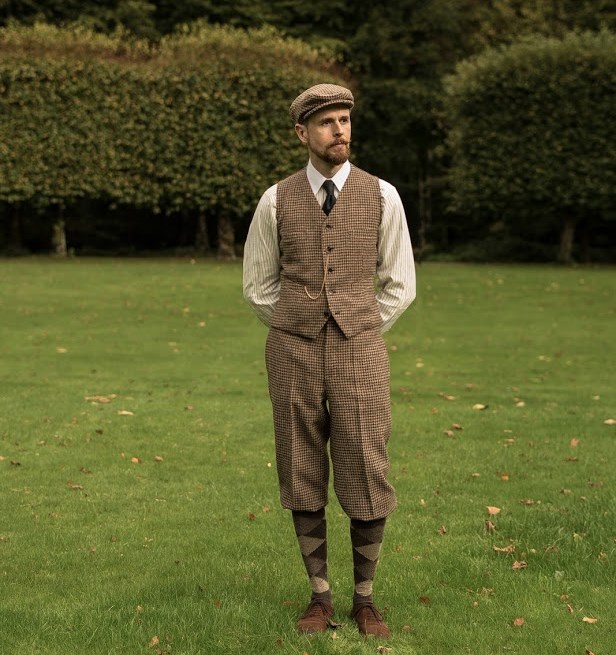 The book is as an ebook (PDF) and contains: 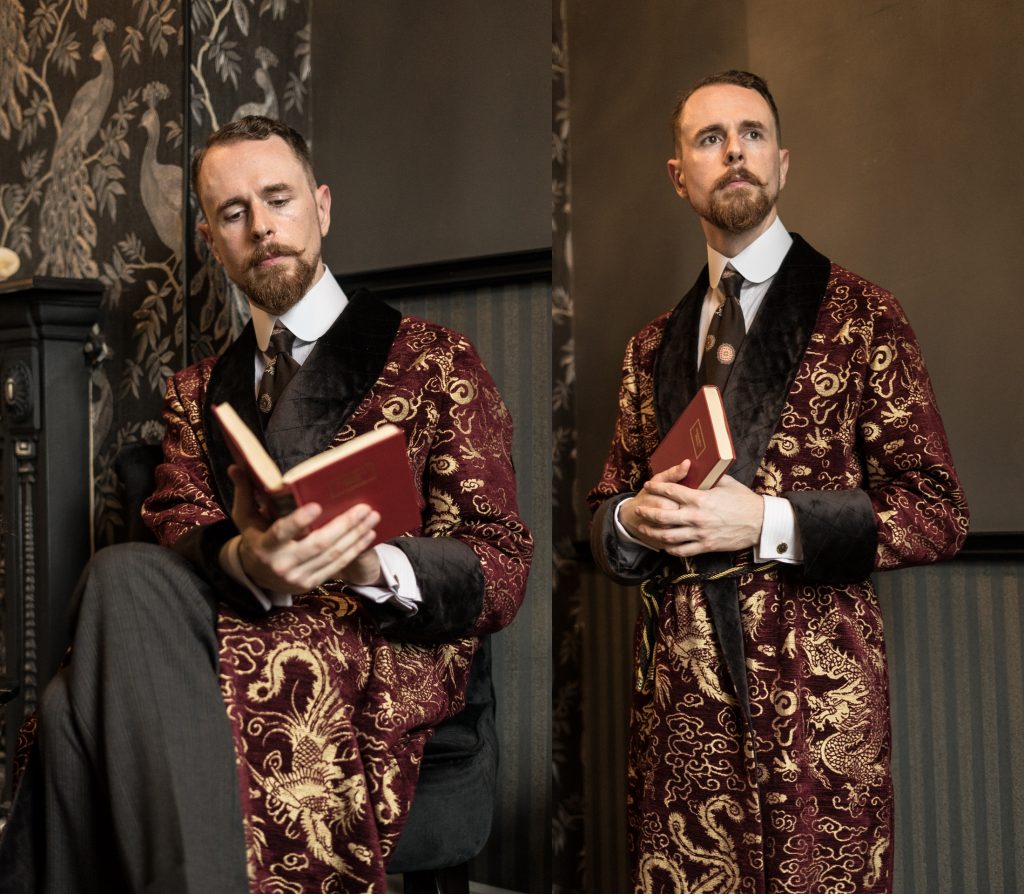 The cover was illustrated by Jonny Leigh and its design is inspired by the famous Saturday Evening Post. It shows several of the included pieces.

Sebastian Hoofs is a bespoke tailor who likes to share his knowledge. At the age of 14 he started sewing and after several years of hobby tailoring, he turned his hobby into a career. His pet issue is pattern construction. He is offering special sewing workshops for ambitious hobby tailors at his studio in Cologne. Sebastian already is an author of several sewing book.

Niklas Hoppe is an IT project manager and has been dealing with hobby tailoring and historical fashion for 15 years. Since 2016 he runs this blog and a couple of social media channels as Vintagebursche about classic menswear and style with a special focus on the 1920s.

The two share a great passion for classic menswear, the 1920s and tailoring. This book is a matter close to their hearts. 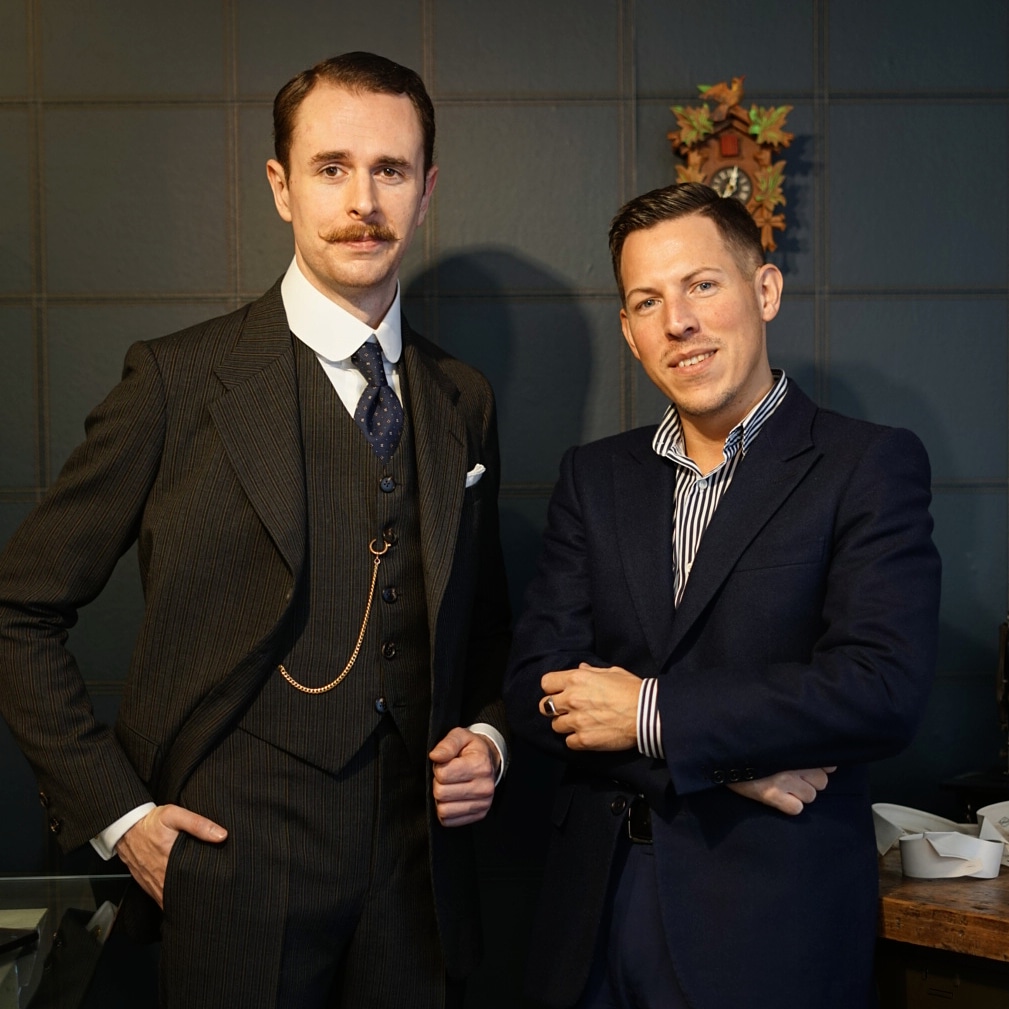