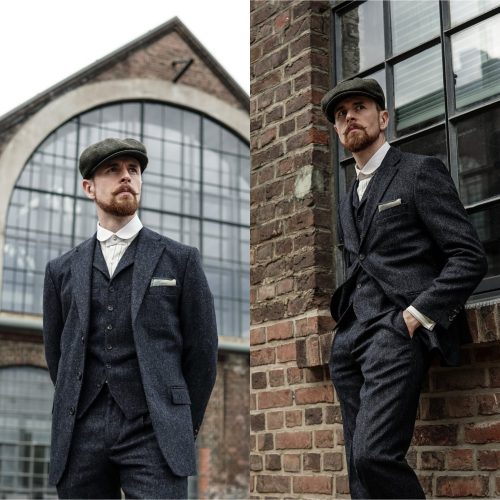 Peaky Blinders outfits: The style of the Shelby brothers

The BBC show Peaky Blinders is one of the most beautiful sources of inspiration for the 1920s. The gang of the same name from Birmingham cultivates a very special style, which is only partly representative for this time. Nevertheless, I think the outfits of the performers are great and would like to explain in this article how to imitate them.

The suit on the cover photo is from John Crocket.

Probably the most important accessory of the Shelby brothers is the bakerboy cap. It always consists of a wool cloth – mostly tweed. It is important to note that these are not so-called flat caps, which are commonly referred to as “golf caps”. The caps in the series are 8-pieced caps, which appear more voluminous due to their construction. On the road, the gang members like to wear single-breasted woollen coats. These should be long enough to cover the knees. 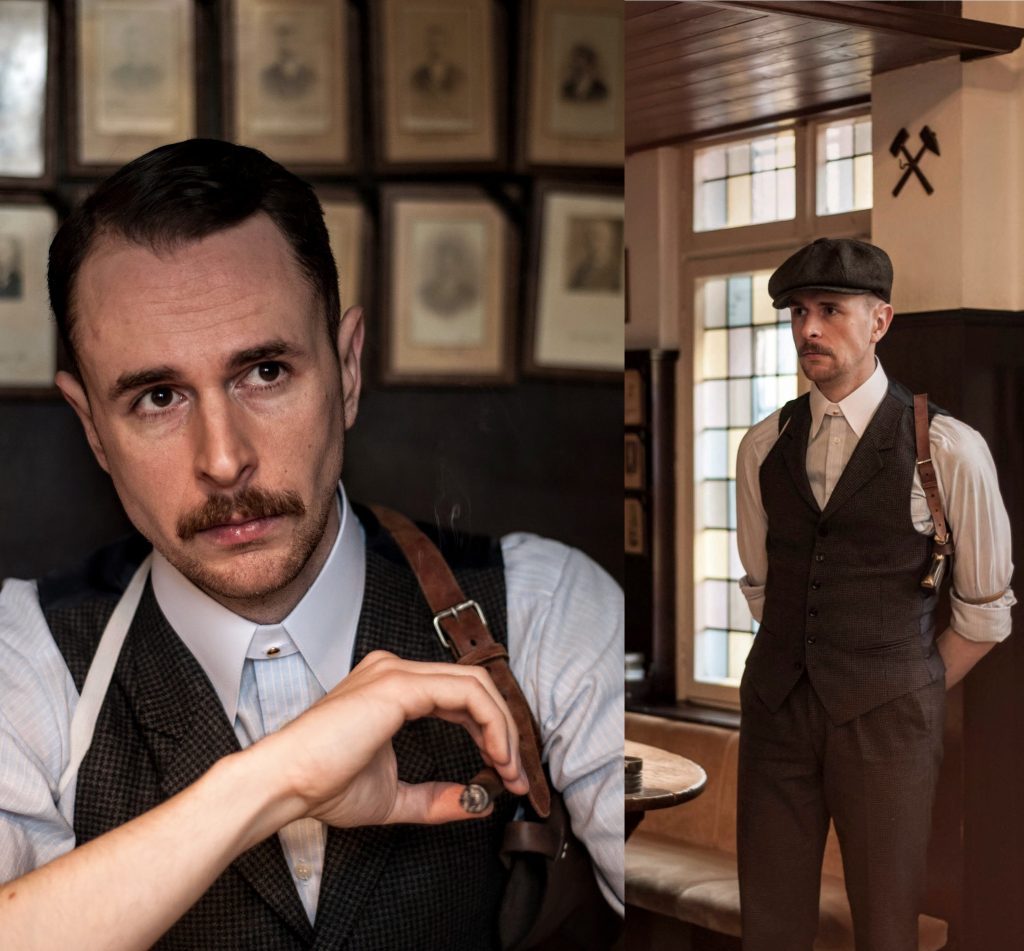 The shirts are mostly bright and striped, e.g. white-light grey or white-light blue. The Peaky Blinders also like to use cuffs with golden cufflinks. The used collars are always removable, which can be recognized by the golden buttons on the front. The Shelbys often do without a tie, but sometimes they also wear neckties or bowties. 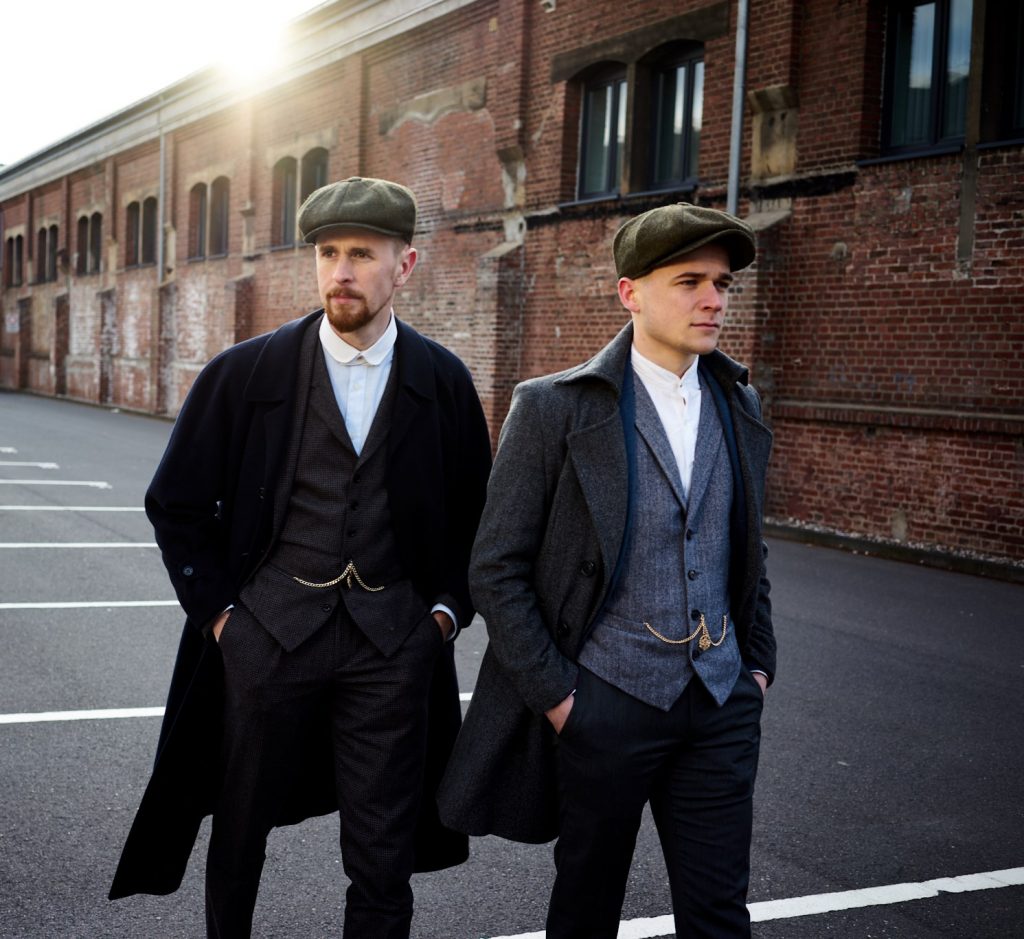 The suits of the Peaky Blinders are actually always three-pieced and made of wool. In everyday life, the boys rely on coarse tweed or wool flannel. But especially in the later stages of their lives you can see finer wool fabrics and even pinstripes more and more often.

To round off the overall appearance you can add a pocket watch and put your feet in balmorals. 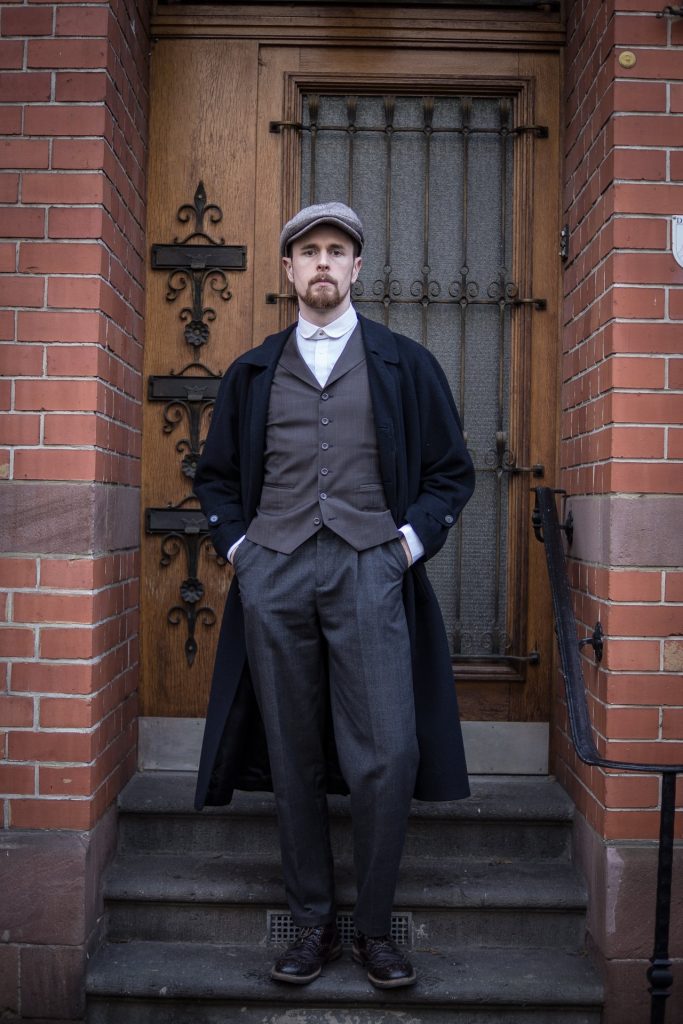 Nice dark tweed three-piece sets are available at John Crocket, whose shop in the city centre of Cologne is highly recommended. Especially worth mentioning is the use of best British tweed from well-known weaving mills such as Moon, Lovat, Magee and Harris. There you will also find flat caps, knee-length coats and other gemsof British men’s fashion. The original Peaky-Blinders caps are available at Amazon*. 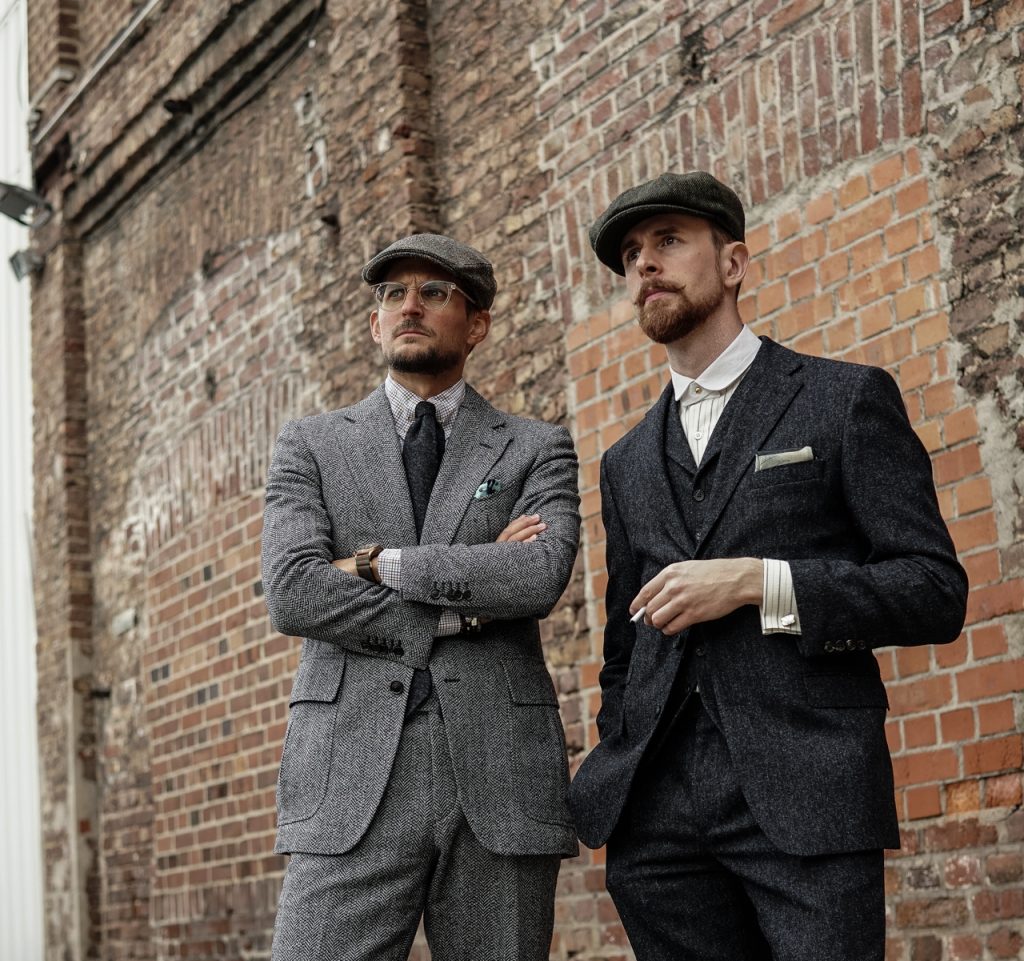 An explanation of the Peaky-Blinders style in moving pictures can also be found on my YouTube channel: